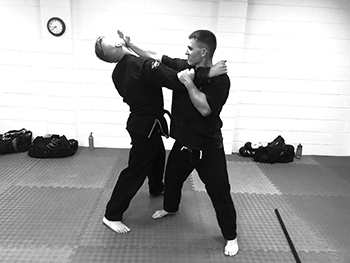 Why street MMA? Krav Maga, and especially our style of it, isn’t limited by rules like a competition, it’s real, it’s for the street, it’s designed to give you the most effective possible defence against anything, and it makes sense really. Can you imagine saying to an attacker, hang on, you can’t do that! I only know this, or that’s not fair, or you can’t use a knife, or there are two of you and one of me! Of course not! Attackers don’t play fair, they are often bigger, stronger, there’s more than one of them, or they have a weapon. Krav Maga gives you the skills to deal with these street realistic scenarios.

Krav Maga isn’t about making people aggressive, in fact Krav is the opposite, it’s about making people humble yet confident. Confident enough to walk away, but confident knowing that you can defend yourself if you have to, even if they are bigger and stronger, even if you’re on the ground, or if they have a weapon. That’s Krav Maga, and that’s why everyone can benefit from learning Krav Maga, and we welcome everyone to come and try a class, and learn about the self-defence system and martial art that we love. 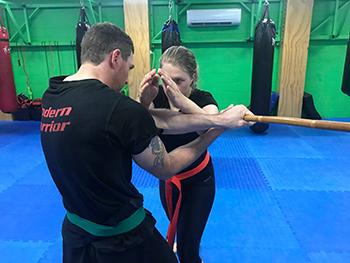 Krav Maga Brisbane offers classes to all of Brisbane, and we’re proud to say, that people travel from far and wide to train with our amazing Instructors and in our world class facility. As we’re in north Brisbane (just north of the city), we have many Krav Maga members from Brisbane’s northside, but of course everyone is most welcome.

We love Krav Maga. We love self-defence. We love sharing and teaching our knowledge of Krav Maga, helping others to become confident, and to very often surprise themselves at just how good they can become at Krav Maga. If you’ve never tried it, give us a call or hit the contact page, you’ll be glad you did.

Why Join At BTC? 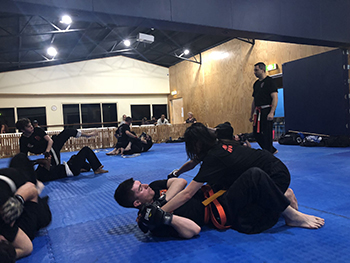 If you have any other questions regarding the classes we offer, please complete the Contact Us form.